However, have you ever wanted to ask what a Jeep wrangler rollover valve is and its purpose?

To begin with, the rollover valve of your Jeep Wrangler is unlike any other feature on a vehicle. The rollover valve is a safety feature that prevents the leakage of fuel from the fuel tanks when the vehicle rolls over.

We know this might have left most of you wondering; how does it prevent leakage? Don’t worry, as, through this article, we will get to those and add in some intriguing bits of information.

What Is a Jeep Wrangler Rollover Valve?

The rollover valve of your Jeep Wrangler is an essential safety feature. That increases the chance of the passenger surviving a dreadful road accident.

The rollover valve goes between the fuel tank vent and the charcoal canister. This hides behind the fender. It has chambers passing fresh air into the evaporative canister.

Furthermore, there are means of sending liquid gasoline to the engine, which consists of vapor lines that connect the valve to the engine—followed by a large vapor port. Inside the port, a float chamber comprises the flapper seal and a central spring.

What Does Jeep Wrangler Rollover Valve Do?

The rollover valve of your Jeep Wrangler is a crucial safety feature that should never be overlooked. Consider yourself in a car accident where your vehicle has rolled over a few times. Scary, isn’t it?

Indeed it is but what’s even scarier is that when the fuel starts leaking out due to the buildup of pressure and then leading to violent explosion of the car in flames leading to casualties.

In those cases, the rollover valve comes in really handy. It prevents the build-up of pressure in the fuel tank by carefully releasing the pressure through pores.

However, the developers carefully integrated the rollover valves to release the pressure and prevent the leakage of fuel or gasoline in case of severe accidents. This feature alone has saved countless lives.

When it comes to common issues, your Jeep Wrangler’s rollover valve has a lot of them. Hence, let’s discuss some of them in detail, shall we?

1. Leak In The fuel Return Line

The fuel return line from the fuel filter might have a leak, which might cause such trouble. Moreover, this can be pretty expensive at times.

The leak leads to a fuel tank emptying much quicker than before. Hence, you would need to refuel more than usual. Furthermore, the costs associated with fuel expenses make the monthly fuel bill bizarre.

2. Check Engine Light Is On

This mostly might be due to an evaporation line leak. That causes your jeep’s fuel consumption to go absurdly high and even causes the vehicle to illuminate the check engine light itself.

3. Road Dirt And Dust Mixed With the Fuel Inside Rollover Vents

If you are noticing that there is contaminated fuel collected inside your rollover vents, then this is a sign that something isn’t going right. Try pulling out one of the vents only to find it soaked in fuel.

This can be due to a possible leakage causing dirt to mix up with fuel and get collected in the rollover valve. Moreover, a contaminated fuel composition would cause the malfunctioning of the engine.

We know that the engine is made up of delicate and expensive components; hence, to preserve its longevity, we need to use pure fuel. Using dirty fuel would damage it in the long run.

Every problem has an inevitable solution that most likely fixes that issue permanently. Just like that, the problems with your Jeep Wrangler rollover valve could be fixed reasonably simply.

However, it could be quite daunting to find all the possible solutions to these problems. Hence, we went out of our way to make these solutions seem like a cup of tea.

Seal The Return Line Or Replace It With A New One:

Suppose you notice a significant amount of fuel leaking out of the fuel return line from your fuel filter. You need to get the issue resolved, especially if the fuel consumption is totally out of the ordinary.

To fix this issue, you can either begin by sealing off the leak by pinpointing its location at first or replacing the entire line itself. Either way, this should fix your problem of leaking fuel.

The engine light can sometimes be a bummer, especially when the problem isn’t that significant. It leads to increased anxiety among the driver and the other passengers in the vehicle.

So if you feel that the evaporation fuel line leak isn’t that big of an issue and isn’t increasing your fuel expense, you should disable it.

To turn off the check engine light, you could use some specialized tools that allow you to kill the faulty command code.

However, if you feel like the issue needs to be fixed, consider replacing the gas tank itself.

If you’re noticing dirt inside your fuel tank, you might need to consider replacing the fuel filter of your Jeep. You’ve seen the damage contaminated fuel can do to your engine.

Hence, getting the contaminated fuel out and using a clean fuel filter for a pure fuel transmission to the engine is worth it. Thus, increasing the engine’s longevity.

Yes, you can definitely replace the rollover valve of your Jeep Wrangler. And don’t worry as we won’t leave all your doubts unanswered. It does feel rough to be curious about something.

Hence to fulfill your curiosity, we’ll be discussing the step-wise process of replacing the rollover valve of your Jeep. so tag in, will you?

When dealing with gas tanks and other vehicle components, the first thing to remember is your safety. It isn’t safe to work with fuel and electricity together.

Thus, to ensure that the car is completely shut down and your workplace is safe enough, you should disconnect the negative terminals of the battery. Hence, cutting off the flow of any electric discharge.

Step 2: Remove The Gas Cap and Unscrew The Ports

Begin by removing the gas cap and then removing the screws around the port of the gas cap. Then use a socket wrench to remove the bolts holding the skid plate in place underneath the vehicle.

Use a jack stand for this task. After loosening the skid plate, you then disconnect any electrical connectors present. Then tug out the evaporation line, which is connected to the rollover valve.

Step 3: Pull out The Fuel Tank And Replace The Rollover Valve

After getting all the unnecessary things out of the way, you could finally reach the gas tank. Slowly pull the tank out and make sure not to damage it, which might cause fuel inside to leak.

Transfer the fuel to another container and remove the faulty rollover valve using prying tools. Once the removal is complete, replace it with a new one.

Hopefully, if you’ve read through this piece of writing attentively, you will know almost everything that comes to mind about the Jeep Wrangler rollover valve.

Hence, you now know the importance of using clean rollover valves and the consequences of using the faulty or leaked ones. You know it all!  But it’s important not to get lost in this thought.

We hope that you’ve been delighted by our assistance on this topic. It’s always nice to add a new set of skills as this gives different tastes to our lives. 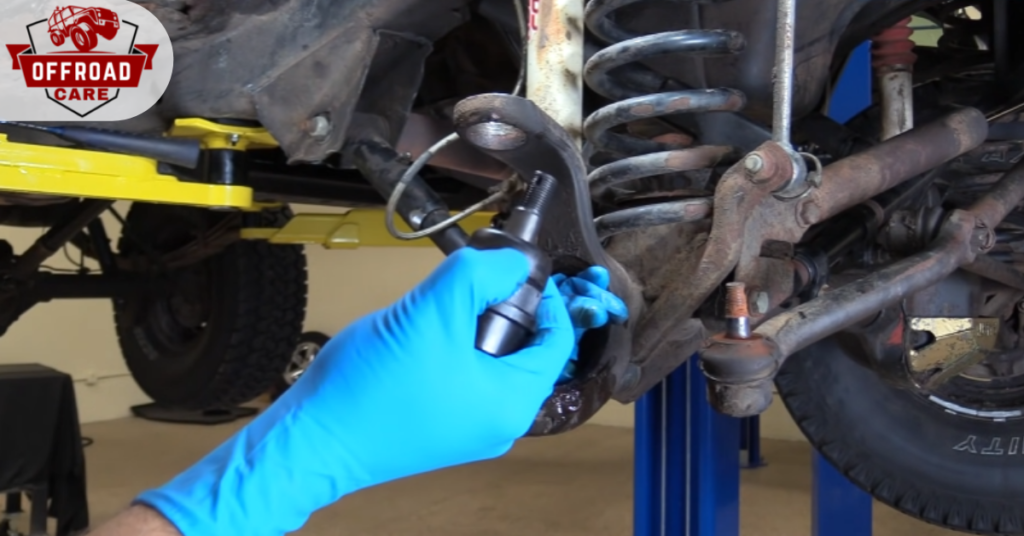