HISUN engines are manufactured by HISUN Motors Corp., out of Chongqing, China. The HISUN engine is a  4-stroke, liquid-cooled, V-Twin engine that powers a wide range of UTVs and ATVs in both Canada and the United States. So, are HISUN engines reliable?

All HISUN engines are field tested and the vehicles they are installed in are heavily road-tested before release. While HISUN engines have their problems, as all engines do, they are generally considered to be reliable.

The only outsourced component associated with the HISUN engine is the fuel-injection system, which comes out of the United Kingdom. HISUN engines power all of HISUN’s ATV and UTV products and are considered to be highly reliable, without an overlying, critical and common issue.

Of course, there is no such thing as a mass-produced engine that doesn’t have issues somewhere on the planet. You could easily name your engine brand and compile a list of common problems in less than five minutes.

So, just because we are providing a list of common problems with the HISUN engine, that doesn’t mean they are unreliable and better off as paperweights.

For the most part, customers report that acceleration in HISUN engines is fairly robust and predictable according to what they thought they were getting, which is a good thing. However, one of the issues that are more prevalent than others, in terms of HISUN engines, is lack of power.

Of course, there are a number of reasons an engine can lack power, including poor maintenance or using cheap fuel, the latter of which increases the frequency of clogged fuel filters and fuel injectors.

Spark plugs and ignition coils are often on the list of underlying issues that can sap power from the engine as well. It’s always a good idea to routinely go over the vehicle and inspect the spark plugs, fuel filters, and fuel injectors, all of which are more easily accessible on UTVs and ATVs than they are on cars and trucks.

Another common problem that crops up in association with HISUN engines is engine start-up. If you look back at the HISUN UTV in particular, you’ll find that this problem was far more prevalent in 2012 models than anything else.

There are a number of reasons this can happen as well, including a flooded engine, poor spark, failing ignition coil, dirty or clogged fuel injectors, and even the battery. Preventative maintenance is crucial in small engines.

Another issue common to the 2012 HISUN UTV and even the 2011 model, is overheating. This is mostly attributable to low coolant or too much load on the engine. In the earlier models, it was a simple fuse that caused the problem more often than anything else.

Specifically, the fuse to the dual fans. However, a dirty radiator will do the trick as well, just like it will in a standard vehicle.

Insufficient fuel levels, dirty or clogged fuel injectors, bad fuel, and a problematic battery are all potential sources of engine stalling problems. Like all of the other possible issues listed above, there are so many things that can go on behind the scenes, causing problems with the HISUN engine.

HISUN doesn’t just manufacture engines. They also manufacture UTVs and ATVs, slowly rising from the dust in the 1980s to a leader in the power sports industry today. They didn’t get there because the HISUN engine is garbage.

As aforementioned, the HISUN engine is a V-Twin engine, liquid-cooled, and originally started off as a single-stroke engine that delivered 550cc. Everything involved in the manufacturing process is high-quality and nothing goes out the warehouse door that hasn’t gone through dyno-testing. 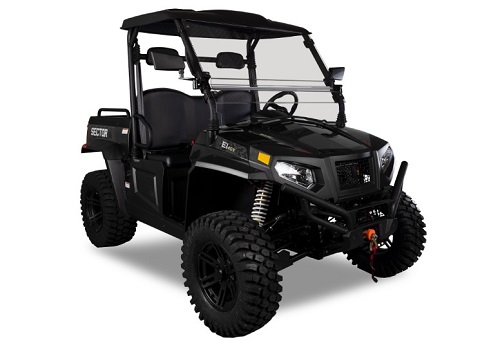 Testing is performed in-house and since HISUN doesn’t outsource anything, outside of the aforementioned fuel-injection systems, they are able to test and innovate more rapidly than other manufacturers.

While some may be in the prototyping phase, HISUN is already in the last stages of testing, since they don’t have to send the engine off anywhere to get it done or wait for outsourced parts to be manufactured, shipped, and delivered.

It also helps that HISUN doesn’t outsource its engines to ATV and UTV competitors. The supply chain has fewer links to go through for HISUN to get from point A to point B. Customer consensus on the HISUN engine is that it’s reliable and that goes a long way in furthering the brand.

From 2011 to 2014, HISUN made the top 6 largest UTV manufacturers on a global scale. At current rates, HISUN is producing well over 50,000 ATVs and UTVs on an annual basis. While you may not have heard of HISUN, they are a very busy manufacturer.

All of HISUN’s engines meet or exceed the US Consumer Product Safety Commission standards, otherwise, you wouldn’t see any HISUNs on the market. On top of that, the HISUN engine undergoes a 31-point inspection before it’s installed in the ATV/UTV.

The price range for a HISUN side-by-side is about $15k on average. That may sound like a lot but it’s a good deal cheaper than comparable competitor models. HISUNs have been on the market for years, alongside Polaris, Arctic Cat, Yamaha, and Honda, among other big brand competitors.

Amidst those huge names, a lesser company would have floundered and sunk into oblivion. However, HISUN has done the exact opposite. While it’s not a household name—instantly recognizable—like Polaris and Arctic Cat, HISUNs have carved a successful corner out of the market.

HISUN has been to the Powersports industry what Hyundai and Kia were to the vehicle industry, in terms of early starts. Relatively unknown, HISUN was instantly suspected of being a merely generic option.

HISUNs are tested on-site and in-house at their plant in Texas. There is a track out there that was paved primarily for HISUN testing consulting with an American road engineer to lay down the track.

This track includes everything on it that a HISUN ATV or UTV (or any ATV/UTV for that matter) might encounter out in the world, including potholes, mud, rocks, very sharp turns, a number of obstacles, large branches, jumps, inclines and declines, and water. 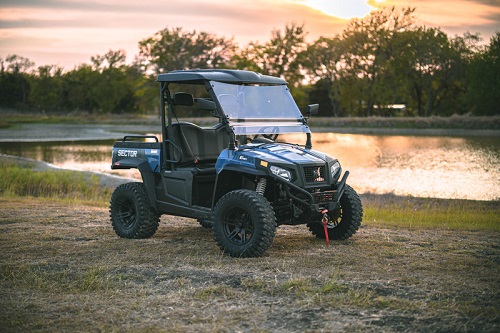 HISUN ATVs and UTVs are extensively tested on these obstacles, ensuring that the engine, shocks, tires, handling, and overall ride are exactly according to spec. As we mentioned above, all of the parts that go into HISUN products are manufactured by HISUN.

The only exceptions are the fuel injection systems and the CVT Clutch components. While many assembly line products are tested routinely, HISUN tests one out of every 200 vehicles that come off the assembly line.

That may not sound like a lot but it’s a lot more than most manufacturers test. Since they keep everything in-house, HISUN can afford the extra and extensive testing.

What Vehicles Carry the HISUN Engine?

HISUN manufactures a lot of ATVs and UTVs, all of which are equipped with HISUN engines.

HISUN side-by-side vehicles run from 400cc to 1000cc and all of the above side-by-sides are highly reviewed. They are considered to be fairly spacious, with good acceleration and plenty of longevity.

The HISUN HS Series only has two models, the HS 400 and the HS 500. These two are probably the more popular HISUN models on the market, which could be explained by their entry-level price tags. However, they generally come with good reviews and are known for being reliable.

HISUN has a good long history with the HS series so they’ve had a lot of time to innovate and improve the vehicles. The HS series has been a HISUN staple since 2006.

Why are Some People Hesitant About HISUN Engines?

Most of it lies behind the affordability of the product. It’s one thing to pick out some generic cereal at the store. If the stuff tastes terrible, it only costs you a few bucks. Make a mistake with a UTV and it will cost thousands upon thousands of dollars.

However, the reason HISUN is able to create comparable components that are more affordable is they keep everything in-house, without importing everything and paying other companies for research, innovations, and improvements.

You’ll find that HISUN ATVs and UTVs come with all of the same features and accessories that other major brands come with, though the other brands will cost several thousand dollars more. HISUN doesn’t lack quality in any one area, they just do business differently than their various competitors.

While HISUN engines may not be the most instantly recognizable engines on the market, they are considered to be solid-quality engines. HISUN manufactures more than engines as well and they strive to maintain nearly the entire process and all of the components in-house.

Ultimately, it gives them a leg-up on the competition, allowing HISUN to manufacture industry-leading engines, ATVs, and UTVs while driving down the price compared to the competition.

5 Most Common Problems with Hisun UTV

Most Common Problems With Hisun 700 UTV

Most Common Problems With Cazador UTV: You Must Know