The signs and warnings of a bad transmission can be hard to pin down. Here’s everything you need to know about your Jeep’s transmission and how to tell when it goes bad.

If your warning engine light comes on, then you might suspect a failing Jeep transmission. In addition, if you notice an odd grinding sound when changing gears or a funny smell in your car, then it may be that there’s something wrong with it.

When the transmission begins to fail, it will start to make all manner of odd noises, including grinding, whining, buzzing, and humming. These noises may be caused by low transmission fluid in the system or a failing transmission oil pump.

A specific noise often associated with transmission problems is gear grinding. When your engine and your gears aren’t operating in sync, then the mismatch can cause this grinding noise to occur.

Gear grinding can be linked to other car problems, but if the issue seems to occur immediately after shifting gears, then it’s quite likely related to the transmission.

Your vehicle is armed with an array of sensors designed to let you know if something’s amiss in the system. 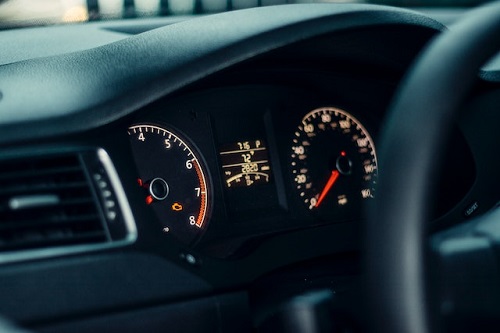 In the case of a bad transmission, your first warning sign may be the illuminated check engine light on your instrument panel. Just keep in mind that these sensors are not impervious to wear and tear themselves, and the check engine light can indicate a range of problems.

If you see the check engine light paired with other common symptoms, then you’d do well to suspect transmission failure.

If you notice a reddish-pink liquid leaking from your car, then it’s quite likely to be the transmission fluid leaking from a faulty gasket or seal. These seals break down over time and need replacing.

Generally, you can ensure that you’re seeing a transmission leak by the bright pink or red color, although older fluid may look brown or black. If the latter, then you’re probably due for a flush of your system to restore optimal function anyway.

Transmission fluid also has a sweet, slightly tart smell, which is another identifier you can use to determine whether you have a fluid leak.

When you’ve driven your Jeep for a while, you’ll start to get a feel for how the gears shift on demand. Over time, if you start to notice a lack of responsiveness when you shift gears, or the gear stick is harder to shift, then your transmission might be acting up.

Of course, this problem can be down to a number of different problems, including a bad torque converter, a clogged gear filter, or valve body problems; however, if your transmission is overheating or failing, then the performance of your transmission will be affected.

One of the most regularly cited symptoms of a failing transmission is an unpleasant burning smell caused by the transmission fluid. Generally, this symptom indicates an overabundance of friction causing harmful conditions in the transmission.

Over time, friction can cause serious damage, and if you detect a burning smell in your car, take it to your trusted local mechanic right away.

Know What to Look For and Keep Notes

Figuring out whether your transmission’s gone bad can take time, but if you know what you’re looking for, then you can generally head to the mechanic with a little more information to share.

You should always be monitoring your car’s performance when you drive. Every little grinding, grating, or bumping noise can give you information about something that’s gone wrong.

In addition, pay attention to how your car behaves when you change gears. If you’re hearing something unusual, your gears are sluggish or jerky, and there’s an odd smell in the air, it’s a good sign to head down to your local service shop right away.

Regardless of what vehicle you own, it’s important to implement proper maintenance habits to avoid creating conditions that can damage your transmission. Make sure to check your transmission fluid levels regularly, changing it out every 30,000 miles.

Extreme weather conditions might necessitate an earlier trip to the mechanic, as the fluid can be negatively affected by both cold and hot weather.

Lastly, you should always aim to drive carefully, since jerky movements can damage your transmission and cause it to fail. When you park, ensure that you come to a complete stop before shifting to park to avoid damaging your transmission

In addition to these regular signs and symptoms of a failing transmission, you should also keep an eye out for Jeep model specific problems. Over the years, Jeeps have had their fair share of transmission issues that have plagued users, with some of the more serious problems highlighted by customers being outright dangerous.

There are a number of reports regarding the transmission of the 2015 Jeep Cherokee that indicate its tendency to “kick” when shifting. In these reports, the same vehicle owners report an associated loss of power when shifting gears—an alarming malfunction, to be sure. 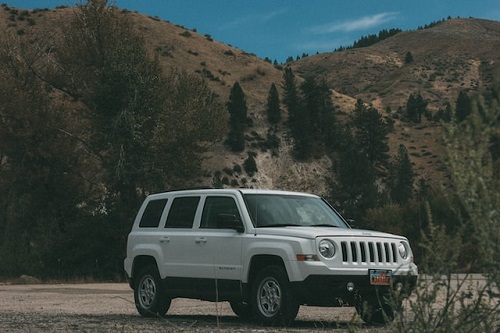 Similar complaints refer to the 2015 Jeep Cherokee’s tendency to jerk into gear after hesitating. While a jerky transmission is already cause for concern, users report that the jerking motion is extremely violent. Worse yet, the issue isn’t easily diagnosed by mechanics, making the repair of this Jeep a hassle.

Another common problem 2015 Jeep Cherokee owners experience is a recurring issue with the service shifter warning light, which appears and then disappears. The light seems to turn on when the engine is switched on and may disappear on its own.

The underlying cause, it would seem, is a faulty sensor that gets tripped when the engine is turned on. While at face value, this problem doesn’t pose a safety hazard for Jeep owners, it’s certainly concerning that the safety sensors in this Jeep seem to trigger even when there’s no issue.

The most common issues with Jeeps occur with Cherokees from 2014 to 2015. These issues include the following:

If there’s any Jeep with a history of questionable transmission design, it’s the 2014 and 2015 Jeep Cherokees’ ZF 9-speed automatic transmission. Some owners report that the transmission stutters and vibrates before it will actually shift (not a good sign for the vehicle’s long-term health).

In addition, when shifting, sometimes the vehicle will ramp up to a high RPM or drop to a really low RPM unpredictably.

Lastly, this model and year of Jeep has seen a number of complete transmission failures after 50,000 to 70,000 miles.

While this range is expected within the lifetime of a transmission, the alarming part is that the Jeep gives almost no indicator that the transmission is close to failure, creating a dangerous situation for anyone driving on the road.

An unreliable transmission is the most alarming failure of them all, and while most users were able to get the transmission replaced under warranty, the repair takes weeks—not an inconvenience Jeep owners are particularly happy about. In addition, the transmission is a veritable ticking time bomb as it nears the end of its lifespan, with no external warning that the system is close to failure.

With this vehicle, the most common recurring issue with the transmission seems to be gear slipping, with users reporting that their vehicle slipped out of gear and rolled away. While these reports are few and far between, having your car suddenly shift out of park and roll down the driveway is an alarming prospect.

For the Jeep Compass, there are a few rare cases of users reporting the transmission to slip or stall when shifting gears. It’s not likely to occur, but it’s a mechanical problem you should definitely be on the lookout for if you own this year’s model.

The Jeep Wrangler has seen its fair share of problems related to the transmission, but the most alarming is that, in some Jeeps, the transmission tends to pop out of reverse and make an unpleasant grinding noise.

There are a number of transmission problems to look out for if you own a Jeep, and certain Jeep models are more susceptible to these issues. In general, you should be on the lookout for clunky gear shifting, slugging response time when shifting gears, and odd noises coming from your transmission.

In some cases, you may notice a transmission fluid leak from your car. All of these symptoms are a good indicator to get your Jeep down to the mechanic sooner rather than later.

Jeep Grand Cherokee Transmission Over Temp Problems: How To Fix

How do I Reset my Jeep Transmission? (5 Step Process)

How Much Does A Transmission Fluid Change Cost On A Jeep?