The power liftgate is an integral part of the Jeep Grand Cherokee, and it allows you to open and close your trunk at will without getting out of the vehicle.

Power liftgate may stop working for many reasons. But when it does, you must take steps to correct the problem quickly before anything worse happens. Want to know the harsh reality? The problem is so common that every jeep grand Cherokee faces the problem.

In this article, I provide an in-depth guide about power liftgate problems in your Grand Cherokee. Also, I will mention a few common fixes which might help you to solve the liftgate problems.

The issue isn’t uncommon for jeep grand Cherokee. More than 99,4000 jeep Cherokees face power liftgate problems due to moisture build-up. For this, They recalled that vehicle by the FGC to solve this issue.

If you find a problem, you can contact your local dealer.

However, Along with the moisture build-up problem, you’ll also face a few problems, which includes in the below list:

Before you touch any vehicle parts, you need to know which are causing the problems.

So, follow the below steps to finding out the power liftgate problem using an Advanced Scan Tool:

Quick fix for liftgate button on the key fob:

Step 2: The fix is a little weird. The problem might be caused by your coffee cup. Isn’t it weird!

You might accidentally turn off the switch when you put your coffee cup in. 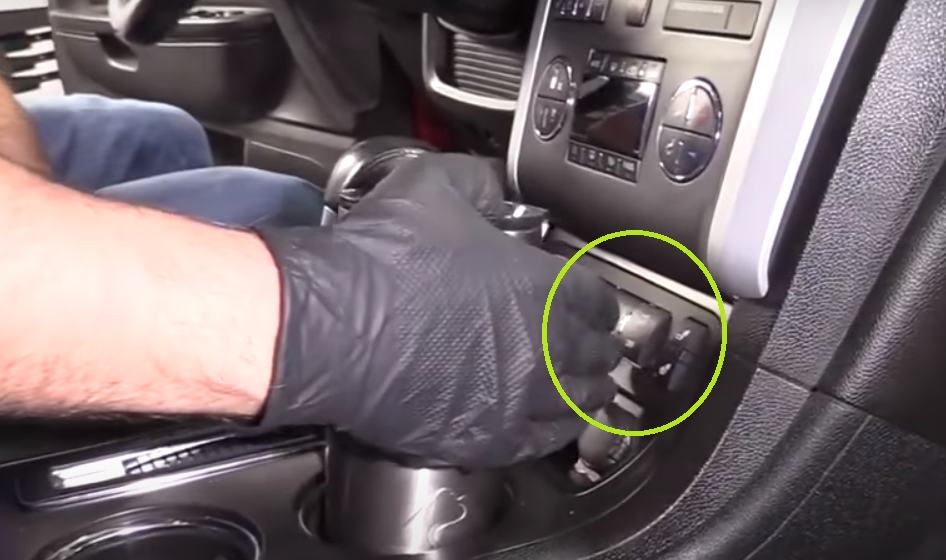 So, turn on the switch and check your grand Cherokee power liftgate, which might solve the issue.

But, If you find that the problem isn’t solved, then it might be a fault in the actual automatic liftgate switch. So you need to replace the switch if it has any defect.

You need to use a multimeter to check the liftgate. The multimeter will provide a decimal number if it hasn’t any problem. Otherwise, You need to change the switch.

Your car power liftgate might fail to open or close due to a faulty or blown-out fuse. Follow the below instructions to find out whether the problems occur due to fuse or not.

Step 2: Now, use a test light to check the fuse. Connect the test light to the ground near the box. To test if the fuse had any power, press down on one side of it with a probe for testing the electric current.

The light will illuminate when the fuse is in good condition. If you don’t find the light, you need to check the internal wire. If the wire is broken or blown out, then you need to replace it.

Step 3: You’ll find another 30 amp liftgate fuse box under the hood. Also, check the fuse to see whether it’s in good condition or not. If it doesn’t work, then simply replace it, and that might solve your issue.

For this problem, you might notice that the hatch won’t close. The problem occurs because the hatch is open, but the lock mechanism part is stuck in a closed position.

To fix the issue, you need to use a screwdriver. Take the screwdriver and push-lock mechanism toward the down slightly. Then, It’ll simply reset, and your problem will be solved.

If the above fixes don’t work for you, you need to contact professional mechanics to solve the issue.

If the moisture build-up on the liftgate sensor is due to the water entrance, you just need to use WD-40 and a duster can to solve it.

You just need to spray the WD-40 a tiny amount which removes the water. Now, Use a screwdriver or knife to pull up the mechanism.

You find more openings to spray. Spray the WD-40 there. Then, pour the duster can. It’ll solve the issue.

Can you manually close a power liftgate in a Jeep Grand Cherokee?

If you’re asking if you can close the power liftgate of your Jeep Grand Cherokee without using the switch, then yes.

However, the most important thing to remember is that this is not a procedure that should be done on a regular basis and with any frequency.

You should only do this if you have no other option because it could potentially damage your Jeep Grand Cherokee’s motor and/or electrical components.

How do I reset my liftgate?

1. Remove the key from the ignition and wait for 15 seconds.

2. Press and hold the liftgate release button located on the driver’s side of the liftgate while you insert your key into the ignition.

3. Release your finger from the liftgate release button when you hear a click sound from inside your vehicle indicating that it has been unlocked.

4. Push in on the top of your liftgate to close it, then press down on both latches to secure it in place. The reset process is complete.

How much does it cost to fix a power liftgate?

The replacement cost of the jeep grand Cherokee liftgate pulldown motor is from $237 to $250.

If you want to replace the liftgate support strut, you need to pay around $112 to $119. The cost will vary according to your location.

The power liftgate on the Jeep Grand Cherokee is a great feature that opens and closes in just seconds.

However, if it stops working or does not open properly, you can find yourself in a situation where you cannot close your trunk.

Also, The problem is so common that every grand Cherokee finds the issue except for some exceptions.

So, If you find any problems with your jeep power liftgate, the above guide will help you solve the issue. Or, contact your local dealer, and your car might get a recall to solve the issue.