As popular as the Jeep Liberty is, some years are best to avoid as they have had recalled parts and problematic engine components. Some years are ranked by consumers as being less reliable than other years for a variety of reasons.

The Jeep Liberty was manufactured between the years 2002 and 2012, coming with a wide range of various features. Despite the popularity and general customer satisfaction with the brand, there were three years of Jeep Liberty that were especially problematic and associated with several recalls.

The Jeep Liberty years to avoid are 2002, 2004, and 2012. Statistically, these years have had the most engine, reliability and recall problems.

Read on to learn more about the Jeep Liberty and what years to avoid on your next vehicle purchase.

Is the Jeep Liberty a Reliable Vehicle?

First manufactured during World War II as an American military vehicle, the Jeep has a long and proud history of reliability, durability, and patriotism. Today, it is one of the most recognized and popular car brands.

The Jeep Liberty was a 4-door SUV first manufactured in 2002 as a replacement for the popular Jeep Cherokee, which was similar in body style and utility. However, customers soon learned the hard way that the Jeep Liberty was nowhere near as reliable as its earlier, trusted counterpart.

In general, the Jeep Liberty’s earliest years were quite problematic, facing multiple recalls. These recalls were due to fluid leaks, faulty engine components, malfunctioning electronics, and even defective air bags to name a few.

In fact, it is believed that consumer complaints about the vehicle was what led to Jeep discontinuing the model after only an 11-year run.

While most Jeep Liberty years had some problems, the three worst years for this model are listed below and depend on number of recalls, customer complaints, and safety concerns.

It can be argued that the Jeep Liberty was doomed from the start with its first year being problematic with over 14 recalls issued and over 1,800 customer complaints registered with the National Highway Traffic and Safety Administration (NHTSA).

While the 2002 Jeep Liberty was the highest-selling year for the model, this can be attributed to customers being eager to buy the newest model from such a recognized and trusted car brand.

The most significant issues with the 2002 Jeep Liberty were:

Certainly, some of the most egregious problems with any vehicle is the malfunctioning of safety features that are designed to protect the driver and passengers from injury during accidents.

Many times, the airbags wouldn’t properly deploy in the event of an accident, leading to over 70 injuries and several deaths. Electronic components, such as the airbag light flashing on and off at random times, were among consumer complaints. Fuel leaks also caused several fires, causing serious injuries.

Bad brakes, transmission failure, issues with suspension, and poor gas mileage were also among consumer complaints. The following year, the 2003 Jeep Liberty, still had many of the same issues as the 2002.

Since there are still many 2002 Jeep Liberties still on the roads today, the NHTSA urges anyone who owns this year and model to make sure all recalled parts were replaced.

The 2004 Jeep Liberty included almost all the problems of the 2002 and 2003 models, as well as some new issues unique to the year. With 13 recalls, five investigations into malfunctioning safety components resulting in injury and death, and nearly 1,100 complaints registered with the NHTSA.

The worst problems with the 2004 Jeep Liberty are:

Like the 2002 and 2003 models, the 2004 Jeep Liberty fared no better in terms of safety ratings. The rear fuel tanks were susceptible to fuel leaks, making fires likely during a rear-impact crash. There was also a recall issued for the faulty alternator wiring harness that caused a fire hazard.

Replacing the parts proved particularly difficult and costly for the 2004 Jeep Liberty because the replacement parts were frequently in short supply.

It would be easy to assume that Jeep learned from their mistakes from the Liberty’s earlier years and fixed the issues that had plagued the model since it first rolled off the assembly line.

Sadly, this isn’t the case, and the 2012 Jeep Liberty – the last year that was manufactured – is ranked among this model’s worst years, despite having only two recalls and just under 400 registered consumer complaints.

Among many of the problems that persisted from earlier years, the 2012 Jeep Liberty also had some unique issues. The most significant were:

Most Jeep Liberty years has problems with the suspension from the very beginning, but the 2012 was particularly bad. Lower ball joints and rear control arms were faulty and wore out before 50,000 miles, meaning costly repairs for Jeep Liberty owners whose vehicles were no longer under warranty.

The automatic transmission lagged and had difficulty shifting gears. It also failed prematurely and caused fluid leaks that wore out other engine components.

Defective airbags continued to plague the Jeep Liberty up to its final year, and in many cases didn’t properly deploy during accidents, causing injury and death to passengers. Electronic issues also continued to be a problem, with the airbag light flashing on and off at random times.

After 2012, the Jeep Liberty was discontinued and the Jeep Cherokee was reinstated, as Jeep hoped to bring back a consumer favorite and leave behind the Liberty’s poor reputation. 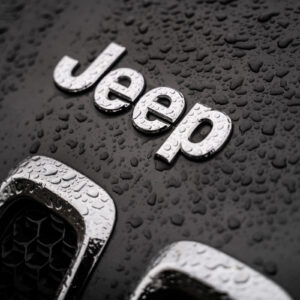 Despite a few bad years, not all Jeep Liberty years are problematic. Listed below are the best years for the Jeep Liberty, with far fewer issues and better consumer reviews than this model’s 2002, 2004, and 2012 versions.

While all Jeep Liberty years have some issues, the years listed below fared far better than their problematic counterparts.

With better than average safety ratings and an attractive rounded body style that resonated with customers, the 2007 Jeep Liberty scored a five out of five in overall safety.

With more than 35 all new safety and security features, the 2008 Jeep Liberty was an attractive vehicle for consumers – especially given all the safety issues in previous years. It also had better fuel economy than earlier years.

Two major safety features were Hill Descent Control – which automatically adjusted descent speed when the vehicle was moving down a slope – and Hill Start Assist, which helped the driver achieve a smooth uphill climb. Other safety features included added rollover protection in the form of side airbags and extra sensors.

The 2009 Jeep Liberty is widely considered to be the model’s best year. Not only did it have the best fuel economy than any other Liberty year, but it also boasted a smoother ride, the same safety features that were introduced in the model’s previous year, and only one recall for the struts, which were incorrectly fastened.

The 2009 had a squared body style similar to the original Jeep Cherokee, making it resonate more with consumers.

This vehicle also has the rare distinction of being one of the few vehicles to achieve a five-star a ANCAP safety certification – an uncharacteristic accomplishment given the many major problems that had surrounded this vehicle’s earlier models.

This SUV is notorious for poor fuel economy, major safety concerns, engine problems, fire hazards, and other problems. Purchasing some years, especially the 2004 Jeep Liberty, can result in expensive repairs if all recalled components have not yet been repaired or replaced.

If you decide to purchase a Jeep Liberty of any year, ensure the recall information is up to date and that the vehicle has been well-maintained. Doing your due diligence can mean a world of difference between a reliable vehicle and a major – and expensive – headache.

Up Next In Jeep Liberty:

How To Add Coolant On Jeep Liberty: Type/Capacity