Opening the rear of your Jeep Cherokee with your hands full is a difficult task. The liftgate must raise above the roof of your vehicle to allow you to safely place your items in without hitting your head. Power liftgates solve this problem. So, what exactly is a power liftgate on a Jeep?

Below we will look at how the liftgate on a Jeep operates and what to do if it isn’t working properly.

How a Jeep’s Power Liftgate Operates

The power liftgate allows you to open the rear liftgate on your Jeep Cherokee without the physical assistance needed in the past. There are three different locations you can use to control the liftgate.

The most used location is the button marked LIFTGATE on your keyless remote transmitter. Pressing the button once will open the liftgate and allow you access to the rear of your vehicle. After the liftgate is opened, press the button twice to completely close the liftgate without any assistance needed from you. When the button is pushed, the turn signals will flash to signal the liftgate is closing or opening.

The third button is in the inside rear of the vehicle on the left rear trim panel. This button, however, can only be used to close the liftgate. It will not open the liftgate if it is closed. You will need to open the liftgate with one of the other buttons.

Also, if the liftgate is left open for some time, it will need to be closed manually to restore the power to function the liftgate.

The liftgate will not operate when your vehicle is in gear or motion. The vehicle will need to be in park or neutral for the power liftgate to operate. 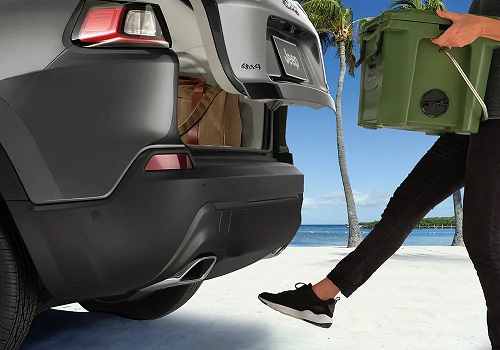 If the power liftgate becomes obstructed while opening or closing, it will automatically reverse in the opposite direction.

The power lift tailgate has pinch sensors connected to each side of the power tailgate. Any pressure on these strips will cause the power liftgate to return to the fully open position.

If the power liftgate is closing while the vehicle is put in gear, it will continue to close.

During the liftgate power operation of your Jeep, personal injury or damage to objects can occur. Ensure the liftgate is clear from any obstruction and the liftgate is fully closed before attempting to operate the vehicle. 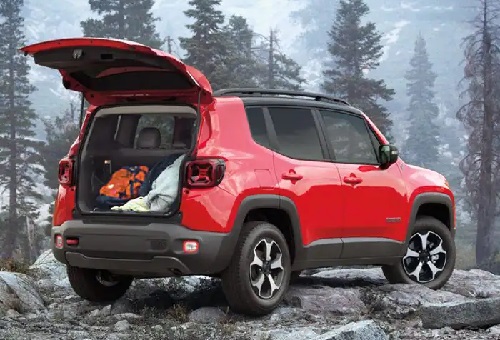 An excess of moisture is a common occurrence in the failure of the Jeep power liftgates. This problem should be an issue of the past. Jeep did issue a recall and has repaired vehicles that have had moisture issues with their liftgates.

A dirty liftgate rear latch can cause your power liftgate to become stuck in the closed or open position. If your liftgate is becoming stuck, ensure its latch is clean and well-lubed before attempting to operate it again.

Buttons or Switches are Defective

If you are having an issue with one of the switches or remote buttons and not the others, there may be an issue with that button. If the issue is with the remote, you should change the remote batteries. They may be losing power and not allowing you to operate the power liftgate.

If your key fob isn’t opening the liftgate you should check to ensure the switch on the front center console is not switched off. If it is off it will prevent your power liftgate from operating.

There is also an additional 30 amp fuse located in the under-the-hood fuse box. This fuse is marked liftgate. Ensure this fuse is also operational for your power liftgate to function.

If you are having problems with the power liftgate closing and latching, the lock for the liftgate may be stuck. To release the lock, you will need to take a screwdriver and push the lock clasp down slightly. This should cause it to move and reset. Check and make sure it can close and latch properly after you have reset it.

If you have moisture or liftgate sensor issues you will need spray lubricant such as WD-40 and a duster can to clean the sensor. The duster will be able to remove any water near or on the sensor and the WD-40 or other lubricant will protect from any water or moisture reaching the sensors and stopping your jeep’s power liftgate in the future.

Use the following procedures to reset the liftgate of your Jeep.

The power liftgate of your Jeep will open and close with the push of a button without any physical assistance needed from you. The first button is on the keyless remote for your jeep, the second is on the dash of your Jeep to the left of the steering wheel, and the third in the rear trim will just close the power liftgate when it is closed.

There are a few minor issues that may cause issues when operating the power liftgate of the Jeep but most are simple to fix. If you experience any issues with your Jeep power liftgate you can close it in manual mode until it can be repaired.

How To Open Jeep Renegade Trunk from Inside? Helpful Guide

How Much Does It Cost to Replace Jeep Wrangler Side Window?

Jeep Grand Cherokee Transmission Over Temp Problems: How To Fix