Honda, whether it’s car manufacturing or ATV manufacturing, is a company that prides itself on the reliability of its products. For entire generations, Honda has stood in the top three for most reliable brands, their largest competitor, in terms of longevity, being Toyota.

When it comes to four-wheelers, which Honda ATV is the Most Reliable?

Honda manufactures a wide variety of ATVs, however, nearly all of them separate themselves from other makes and models in terms of reliability and longevity. Honda doesn’t back away when it comes to the challenge of manufacturing a long-lasting, durable ATV.

How Does Honda Stand Against the Competition?

Honda is considered to be one of the leading pioneers of the ATV industry, paving the way for the modern ATVs we have today. Of course, being a first often gives a manufacturer a leg-up, however, Honda does face some stiff competition when it comes to reliability.

Honda’s primary competitive brands are Polaris, Yamaha, Suzuki, Arctic Cat, Kawasaki, and Can-Am. These brands are also known for manufacturing reliable, long-lasting ATVs. If they weren’t they wouldn’t be in the same discussion with Honda.

Polaris got its start manufacturing ATVs for the United States military, so its reputation for producing reliable ATVs is well-deserved. They’ve been around since the mid-1950s, a fact that always seems to surprise people, especially those who are shopping for their first ATV. 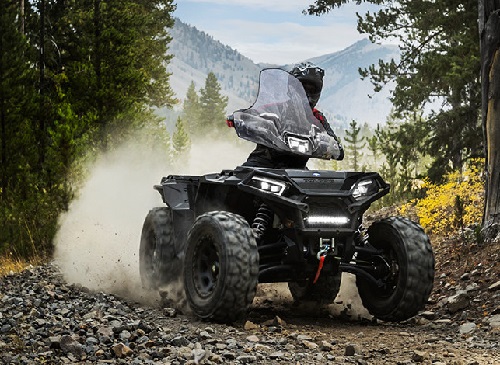 The most reliable ATV in the Polaris lineup is the Polaris Sportsman XP 1000. It comes with a 90-horsepower engine and can hit speeds of 75 mph. It’s also a towing machine and is capable of hauling nearly a ton.

The Polaris Sportsman XP 1000 is also known for having excellent shocks and excellent tires, so it’s dependable in extremely backwoods areas.

Yamaha is a Japanese manufacturer and is probably better known for its motorcycles than anything else. However, they are also known for putting out some of the best ATVs on the market. 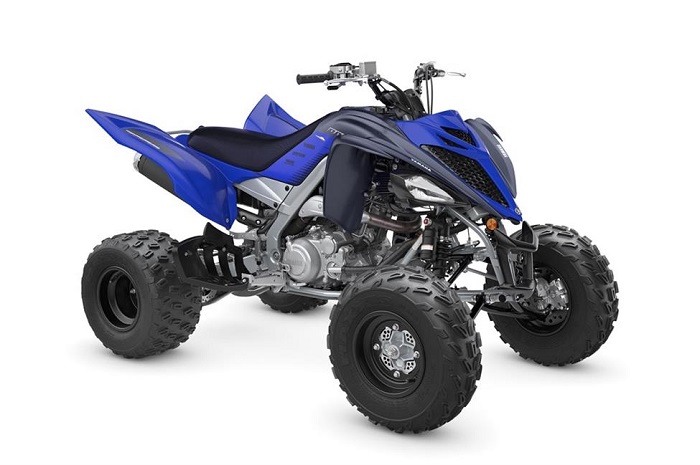 The Raptor 700R is probably the best that Yamaha has to offer and is considered to be one of the best ATVs ever created, at least in some circles. The four-stroke engine is a miniature powerhouse, highly durable, and designed for extreme use.

Almost all Suzuki ATVs are designed to be versatile, multi-purpose machines. The KingQuad 750 AXi epitomizes this quality and is one of the top competitive ATVs on the market today. It lacks the towing power of the above-listed Polaris but it can still haul 1300 lbs. 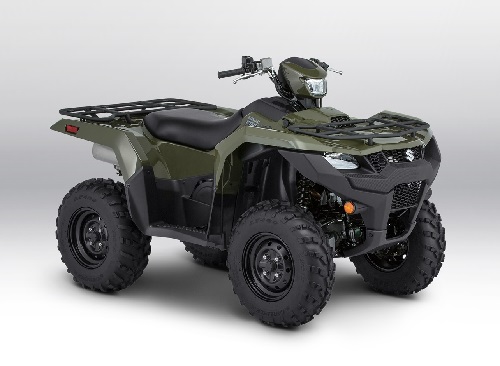 It can go on mud runs with the best of them, so towing is not the only thing that it’s good at. Also, the KingQuad is considered to be one of the most versatile ATVs on the market.

Arctic Cat is another of the relatively new ATV manufacturers to join the fray. Though they have only been in the business of making ATVs since 1996, they have established a well-earned reputation for producing some of the best. 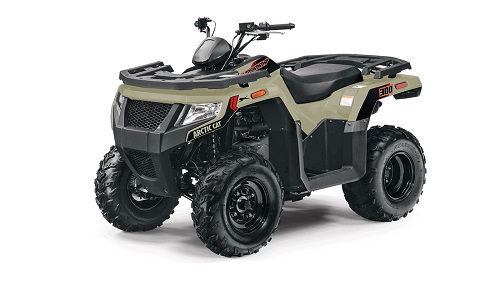 The Alterra 300 is the Arctic Cat’s claim to fame and it’s a powerhouse of an ATV. Like the above Polaris, it comes with a 915 cc, 90 horsepower engine. Arctic Cat got its start manufacturing snowmobiles, so they knew their business when it comes to supplying an ATV with an engine that takes care of business.

Since Kawasaki is one of Honda’s competitors, it’s worth mentioning them on this list. It’s also worth conveying the point that Honda has nothing to worry about when it comes to reliability comparison with a Kawasaki ATV.

Can-Ams are one of the toughest competitors with Honda, especially in terms of reliability. Can-Am manufactures a variety of different ATVs, dirtbikes, snowmobiles, and snowmobiles. As a manufacturer, they know their business.

The Can-AM Outlander 450 stands out from a pretty stacked deck as one of the most versatile and reliable ATVs on the market.

At last, we arrive at Honda and the FourTrax Rancher. However, it’s important to note that despite the stiff competition Honda regularly receives from the above-listed brands, Honda consistently stands out as one of the most reliable ATV manufacturers in the business, period.

The Rancher series first came into being in 2009 so it’s not a new name in Honda’s extensive lineup. However, it’s been a mainstay and a top seller for well over a decade. While the newest Rancher is still the utility-centered Honda ATV of old, it also retains some sporty aspects.

The 27” EFX MotoRavage tires come complete with Black Rhino Armory wheels. They look like something that belongs on a massive tractor but they provide riders with intense digging power. Coupled with a smooth, powerful engine, the Rancher is capable of going just about anywhere.

MSRP on Honda’s latest Rancher is $7,800, so it’s priced very competitively compared with other brands. When you consider the excellent longevity you will get out of it, that price point is even better.

Of course, there are eight Ranchers in total, so it’s likely you will get exactly what you are looking for out of one of them. Altogether, it’s a well-built machine and one that other brands can look at with a bit of envy.

Average Lifespan of a Honda ATV

For one, Honda engineers its transmission housing to be bomb-proof. There are many reasons to list Honda ATVs as the most reliable and durable, with the FourTrax Rancher standing out among the rest.

While the Rancher is primarily designed for hunters, it has some sporty aspects as well, thanks to the electric power steering and the independent suspension. They are also tech-heavy, including electric shifting, with digital instrument clusters.

They also offer excellent performance that doesn’t degrade over time, especially if you establish a preventative maintenance routine and take care of it. Almost all of the Ranchers have plenty of low-end power but the Rancher Recon ES TRX 250TE stands out in this department.

The latter 2023 model has an MSRP of $5,899, which is an outstanding price considering the capabilities of this ATV. The engine is longitudinally mounted and easy to access when it comes to maintenance.

How to Make Your Honda FourTrax Rancher Last Longer

Keep your Honda FourTrax Rancher’s oil changed at regular intervals and only use the manufacturer-recommended oil. Be sure to keep it gassed up. Don’t run it often when it’s low on gas. It’s liquid-cooled so you need to keep up with the coolant as well.

Most preventative maintenance revolves around cleaning and inspecting your ATV, keeping your fluids topped off, and replacing minor parts whenever necessary. Keeping it clean goes a long way toward keeping it running clean.

The Honda FourTrax Rancher is the most reliable ATV in Honda’s lineup. That’s a huge thing to claim, considering Honda is known for producing extraordinarily long-lasting ATVs, making them one of the more popular ATV manufacturers out there.

It helps a ton to keep it clean and well-maintained as well. So long as you keep your Honda FourTrax Rancher working like a well-oiled machine, the longer it will go—perhaps well beyond that 10,000-mile average.

Most Common Problems with Honda Rancher 420

5 Most Common Problems with Honda Pioneer 1000

Most Common Problems With Coolster ATV