You’ll probably have to deal with a few frustrating car problems as the owner of a Jeep, but one of the most annoying is when the Jeep refuses to shift out of park. Here’s why your Jeep won’t budge and what to do about it.

A Jeep may not shift out of park due to a bad shift interlock solenoid, a worn ignition switch, or a broken shifter mechanism. Generally, your best bet to fix this problem is taking it straight to a certified mechanic.

A Jeep refusing to shift out of park is extremely frustrating and no use to anyone, but thankfully, the root cause of this issue can be easily identified by a qualified mechanic. The rest of this article will cover why your Jeep won’t shift out of park and what you should do about it.

7 Reasons a Jeep will Stay in Park

Nowadays, all modern cars are made with an automatic transmission that changes gears as needed. Part of this essential feature is a safety precaution to prevent the driver from shifting out of park without having a foot on the brake.

Similarly, the system won’t start unless the key is in the lock. In cases where the shift interlock solenoid is malfunctioning, it might keep the car in park even if you have a foot on the brake.

If the ignition key tumbler is malfunctioning, then it might not recognize when a key has been inserted and fail to unlock the transmission to allow the driver to shift out of park.

The shifter is connected to the transmission, and if there is a miscommunication between the two, then the car won’t budge out of park. Some of the warning signs of this issue include the following:

As mentioned, the main cause for a Jeep not going out of park is due to a malfunction in the shifter, transmission, ignition cylinder, or, in rare cases, the brake pedal.

If a part isn’t working correctly, then the right conditions to start the car aren’t met, causing the onboard computer to lock in park.

The most important thing is not to force the shifter in response to this issue, since it could cause further damage to the transmission or the shifter.

An extremely common cause of a Jeep getting stuck in park is if the shifter is out of alignment or not properly connected. You may notice two extremes in this situation: either the shifter is extremely difficult to move, or it feels loose, almost as though it’s disconnected. 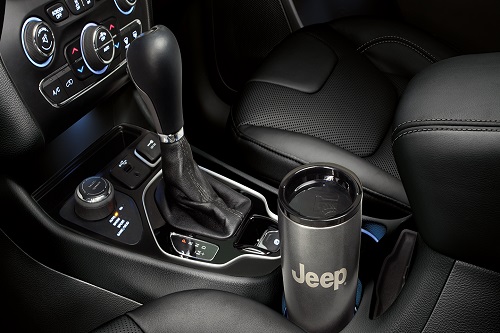 If you’re experiencing these symptoms, then you most likely need to have the shifter replaced or repaired to remedy the issue.

When changing gears, you may notice that it’s harder to find the right spot to properly shift into gear. In addition, you might also have noticed in the past that your engine seems to accelerate when stepping on the pedal without the car moving, or the engine seems to be overworked relative to the speed you’re going.

Since the transmission shift cable connects the shifter handle to the transmission, the car won’t be able to move out of park if it’s broken, even if you use the manual override lever.

In most cars, when the key is removed from the ignition, the wheel is locked and the shift interlock solenoid locks the transmission so that the vehicle can’t be operated without a key.

If the ignition cylinder feels loose when you insert the key, then it’s likely that the vehicle isn’t recognizing the key to unlock the transmission, locking the vehicle in park.

Since a vehicle can’t be pulled out of park without a foot on the brake, a faulty brake pedal switch can be a rare cause for a Jeep locking in park. If the pedal switch isn’t communicating properly with the locking mechanism, then the vehicle won’t recognize when you press down on the brake pedal, keeping the car locked in park. 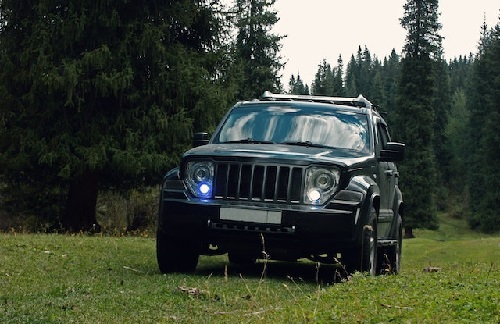 To check this issue, it’s worth checking to see whether your brake lights are working when you press down the pedal. If there’s no response, then there’s almost certainly something wrong with your vehicle that warrants immediate professional attention.

If the shift lever will not move to the right to be positioned out of park, then the problem may lie with the solenoid bushing. When the bushing falls out of position or has low voltage.

To rectify this issue, mechanics will usually locate the solenoid bushing and reinstall it on the solenoid shaft with a soldering iron and melt the tip of the shaft so that the bushing will not fall off again.

If the solenoid is slow or sluggish, a mechanic will correct the low voltage or replace the entire shifter assembly if the voltage is above a certain threshold.

If the shift lever is difficult to pull out of any gear, then the issue may lie with the shift cable seating on the bracket. If the cable isn’t into the transmission bracket properly, shifting gears will be more difficult.

How to Fix a Jeep Not Shifting Out of Park

There are a number of causes for a Jeep not shifting out of park, but unfortunately, most of them are caused by the computer system not allowing the user to shift gears until certain conditions have been met.

If there’s something amiss with the sensors—even a tiny problem—then the Jeep can lock and refuse to shift out of park.

If you need to drive somewhere while experiencing this problem, then you can use the override lever to temporarily override the automatic transmission.

To do so, look between the driver’s seat and center console for a cover on the side of the center consol. Remove it, and you’ll have access to the small pink lever that functions as an override.

Some users also reported that when experiencing this issue, simply lifting and releasing the emergency brake allowed the vehicle to start again.

One of the first and most accessible problems to fix is with the brake pedal switch. If the computer doesn’t receive a signal that the brake is on, it won’t let you shift out of park.

Check your brake lights to see if they are consistent when you hold down the pedal. If the taillights are unresponsive or intermittent, then you might need to replace some parts.

One Jeep owner experienced the issue of not being able to exit park but noticed that his taillights were flickering intermittently. The solution, once he took the vehicle to the dealer, was to simply replace a stop lamp under warranty.

The lamp, according to the dealership, needed to emit a “brake applied” signal to the onboard computer; otherwise, it won’t let the driver shift out of park.

The long and short of it all is that if you can’t shift out of park and your brake lights are acting up, you’ll probably need to have a brake lamp switch replaced. The cost is $20 for the part.

If your shift link cable is damaged or malfunctioning, then you’ll need to have your car towed to the dealer. If there’s no connection between the shifter and the transmission, then the car won’t run properly, even with the override switch.

If your shift link cable is on the fritz, then you’ll need to have it replaced with a new cable. The replacement cost ranges from $250 to $450, although prices vary by mechanic and based on the cost of labor.

There are a number of issues that can cause your Jeep to get stuck in park, but if it happens to you, don’t panic. The issue is commonly associated with a stop lamp not sending the proper signal that the brake pedal is being pressed down.

If you need to drive down to the dealership or mechanic, then (in most cases) you can flip the pink lever near the center console to override your shifter so that you can drive.

Jeep Cherokee Service Shifter Light On: What Does It Mean?

How do I Reset my Jeep Transmission? (5 Step Process)

How To Extend Your 4X4 6L80 Transmission Life Expectancy?