If you’re out driving your Jeep around your city and out of nowhere it stalls, it can place you in a moment of panic. This scenario isn’t common for most drivers, but those who experience it are often left with the question; what’s causing my Jeep to stall while driving?

The primary reasons your Jeep will stall while driving, include: a lack of airflow, a lack of fuel, and smaller problems such as a plugged fuel filter or a dirty fuel injection tend to be the most common culprits. Luckily, all these problems can be solved with some help.

Suppose you’re experiencing the occasional stall while you’re driving your Jeep. In that case, you may have a minor, or in some cases, a severe mechanical or electrical problem forcing your car to cut out while driving around your town or city.

This often leads to frustration, a sense of danger, and panic as you’re now stuck on either a busy road or a junction. Ensuring that you stay calm in this scenario is critical, and secondly, you’ll want to either try to restart your car or call a mechanic.

With the right expertise, the problem causing your car to cut off while driving can be easily identified and treated. However, most of the time, this requires an experienced mechanic to look for mechanical and electrical problems.

Mechanical problems are generally the reason behind your car’s recent stall on the road, and while there are innumerable reasons to consider, we have listed the most common ones below:

1. Bad Airflow To The Engine

One of the most common reasons you’re experiencing numerous engine stalls when driving your Jeep is because of a lack of airflow. The engine needs a sufficient amount of air to run correctly.

This is a fix that you may be able to do yourself simply by checking the filter, giving it a clean, and ensuring that an adequate amount of air reaches the engine afterward. If not, and your Jeep is still stalling as you drive, you may have a bigger problem.

While it’s very easy to monitor your fuel gauge when driving around, and most newer models come with a continuous beep to let you know you’re running low, various people still run out of gas. If you have an older car, there’s a high chance that it’s stalling as you drive because it’s too low on gas. 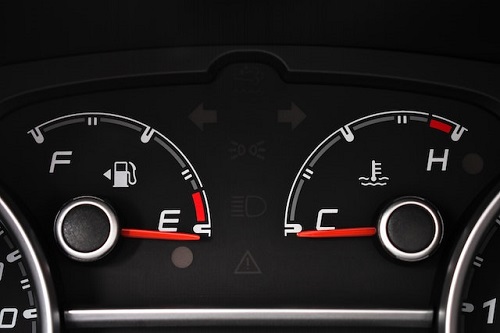 Again, this is a fairly simple fix; all that’s required is to first check the gauge on your dashboard, and if it’s in the red or close to it, this could be where your problem is coming from. One way to avoid this is to carry around a jerry can so that you always have a way to fill up even if the car can’t make it to the gas station.

The next common problem why your Jeep may be stalling on the road could be due to a fuel system issue. If you’re having any kind of issue with your vehicle’s fuel system, it will lead to continuous stalling while you’re driving.

Most of the time, this is the result of a faulty fuel pump, an obstruction within the fuel system, or even a severe leak. All of the problems prevent the engine from proper;y combusting. In this case, unless you have experience with car engines, you’ll likely want to take it to a mechanic to get a proper assessment.

Your vehicle’s ignition system is the backbone for starting and ensuring that your vehicle ignites the mixture of fuel and air within the engine. This series of small explosions is what provides the vehicle with enough energy to drive on the road. Thus, without the proper spark, your vehicle won’t run at its optimal level. 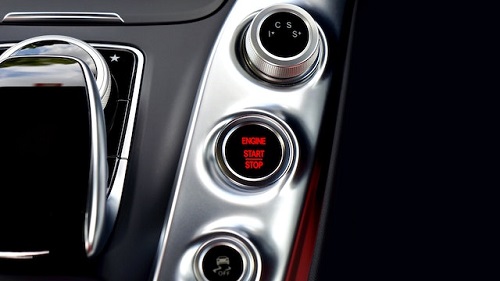 So while this will cause the car to stall when you’re trying to take off initially, a problem with your ignition system will also cause your vehicle to stall when you’re driving on the road. This is typically a problem that affects more than one of the cylinders of the engine and may be traced to a faulty crankshaft position sensor.

If it’s not a problem with the crankshaft sensor, your ignition problem may stem from a faulty ignition shift, as this, too, will cause your vehicle to stall when driving on the road. If the engine switch fails to make good contact, the Jeep’s engine may stall.

Most of the Jeeps with internal combustion engines on today’s market make use of a timing chain, also known as a timing belt. This helps to synchronize the time with the engine’s top-end components and the crankshaft.

If your timing belt is performing poorly or has been damaged, stretched, or broken, the engine’s timing will shift, and this will cause the vehicle to stall when driving. If this is the case, you’ll want to ensure this gets fixed immediately, as a faulty timing belt can lead to severe engine damage.

A vacuum leak is another common cause of sporadic vehicle stalling and results in a lean condition where the amount of air being pumped into the engine exceeds the level that’s needed to match the fuel delivery.

This, in turn, results in random stalling when one is driving the vehicle. Problems of this nature typically occur in colder months, as a mixture of richer fuel is necessary for optimal operation.

If this is the problem, it’s likely that one of the rubber hoses, which connect the various accessories to your vehicle’s intake manifold, has cracked and is ‘leaking.’ This is why there’s an excess of oxygen getting through; thus, this hose will have to be replaced by a mechanic.

If you have a dying or faulty alternator, it will only typically work sporadically the way it should. So, while your vehicle will drive like normal, the alternator may not be able to ensure that your battery charges fully. Thus, you’ll notice that your car stalls from time to time when driving.

So, if you can trace the problem to a faulty alternator, your battery will not consistently charge the way it should, and the fuel injectors will fail to fire, resulting in the stalling of your engine. Again, this will require a professional mechanic to assess if this is the true cause of the problem.

While it’s generally one of the simple mechanical problems when your Jeep randomly stalls as you’re driving around, from time to time, it may indicate that you have an electrical problem with your vehicle.

Issues with the various sensors on your car, whether it be the engine temperature sensor (ECT), the throttle positional sensor (TPS), or the airflow sensor (MAF), can all have a negative effect on your car’s driving and can even force unexpected stalls when you’re driving.

This forces your car to stall because the engine is receiving incorrect or faulty data, and this data is being processed by the management software of the engine, resulting in sporadic stalls.

What To Do If Your Engine Stalls While Driving

So, now that you know there are various reasons behind your vehicle’s sporadic stalls when you’re driving, while some of these are simple fixes that anyone can manage, most will require the work of a professional.

If your vehicle is stalling when you’re driving, it’s best to take it to a repair shop as soon as possible. It’s not safe to drive when the car has faulty mechanisms, and more so, you may end up adding severe damage to a minor problem.

If you are ever in a situation where your car randomly stalls, there are a few basic tips that will ensure both your safety and that of your car.

The first thing to remember is to stay calm and turn on your hazard lights; this ensures that drivers get a clear warning that your vehicle is no longer moving. After this, try to use any momentum that’s left with your car to move it to the hard shoulder or an area away from traffic.

Once you’re in the clear, you can try to restart your car, but not too many times, as you don’t want to flood the engine. If it works, then ensure that you either drive straight home and call for a professional to come and assess the problem or take it straight to your local mechanic.

If the car fails to start or briefly starts and then stalls again, you know you have a major problem, and you may have to tow your car to your chosen repair shop.

So, if your car is stalling when you are driving, you now know that it could be the product of various problems with your vehicle. The best option is to ensure you safely take it to a mechanics’ shop when they can properly assess the situation.

Jeep Shuts Off While Driving and Won’t Start (Causes & Fix)

How do I get My Jeep out of Anti-Theft Mode? (step-by-step)